For centuries, Magnimar has existed as a free state, thanks in part to its smaller size, its alliance with House Cynis, and its protection from the Guild. In this Time of Tumult, however, no place in Creation is safe from tragedy. But even as the forces of darkness move against the world, those who stand for the Light shine forth. In these final days and nights, what tales will be told of our heroes, the mighty Solars?

This is a 2nd Edition Solar Exalted game set in the Storyteller created city-state of Magnimar. The game’s plot will draw heavily on elements from epic Greek, Mesopotamian, and Hindu tales, and aesthetically from the artwork of Brian Ching, ancient pre-Imperial Roman Mediterranean civilizations (especially military uniforms), and the Pathfinder RPG Adventure Path series.

The player characters are citizens of the city-state of Magnimar, having grown up there their whole lives. The first few sessions will focus on them as heroic mortals, operating in the territories claimed by Magnimar

The campaign exists in three parts; each one detailing a complete story arc. Each arc will last roughly 1-3 years in game time, with the entire series lasting no longer than 10 years in game time (presumably). Each part will focus on a different enemy of the Solars, Magnimar, and/or Creation. Players are encouraged to devote some time out of game to the campaign, such as keeping their character’s page up to date here at the wiki.

Each session will also feature at least one of the following rules subsets: physical combat, social combat, and/or mass combat. Bluebooking is encouraged, though it will be limited to generally one (1) hour maximum per player per session.

A Measure of Peace central_ishmael 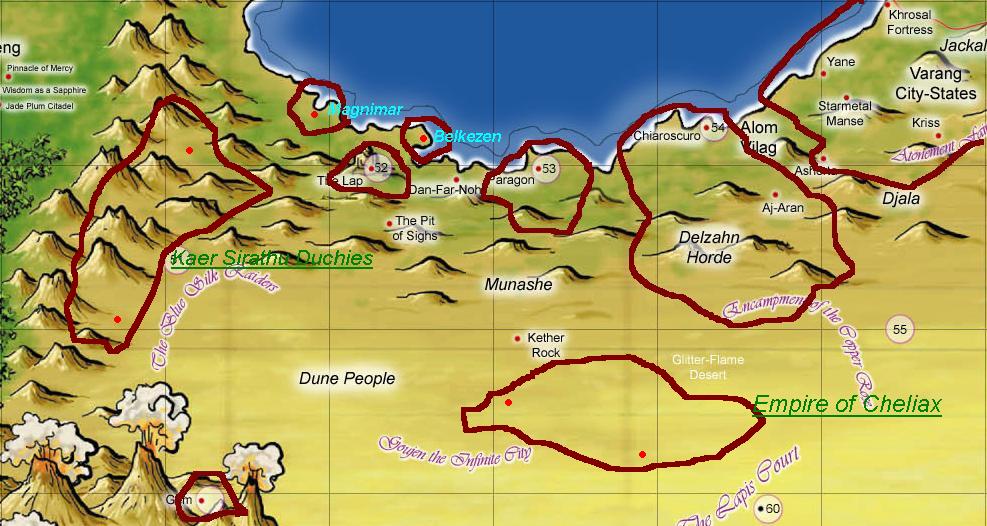 A Measure of Peace Comments

I'm sorry, but we no longer support this web browser. Please upgrade your browser or install Chrome or Firefox to enjoy the full functionality of this site.